April 04, 2017
If you’ ever be an online shopper wanting to buy a pair of sunglasses, did you notice that wait-a-second moment before clicking the buy button? If you ever own an e-commerce website selling sunglasses, did you notice the moment when you wish there would be something? I am talking about the last crusade to bring optical stores online: Virtual try-on. That small tiny little feature of trying on glasses online seems to be the game changer when it gives customers all the confidence to buy the glasses they want. 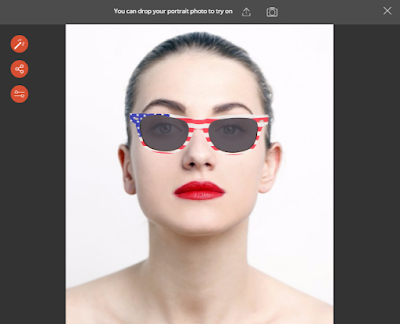 Virtual Try On box of Glazfit

Virtual fitting room is somehow similar concept, but due to the inconvenience of building 3D models of your body, it is still struggling. Virtual try-on, on the other hands has gained much momentum thanks to face tracking technology. Big players in the market have been long aware of this must-have feature. There are Virtual Mirror of Ray-ban US, HappyView in France.

The surprising thing is that the conversion rate is reportedly up to 80% after deploying this feature. The figure strikes the heads of e-commerce gurus so hard that it cannot be ignored. Try On button on the Glazfit2D demo shop at https://glazfit2d.myshopify.com/

The technology is already there, but why don’t we use it? The problem is that Virtual try-on is still in the phase of mainframe computer during 70s, in which most of the online stores still cannot afford it, both in cost and complexity of its deployment. Furthermore, with the advent of e-commerce platforms such as Shopify and WooCommerce where businesses in different shapes and sizes can, faster than ever before, create a channel to sell goods to the world market. The e-commerce game is now for everyone. In that context, Glazfit2D appears to be the only Virtual tryon solution in the market for stores hosted on e-commerce platforms. It works perfectly with photos taken from webcams or by uploading. Glazfit2D also provides a tool to automatically generate necessary frames for the trying on feature. Check it out on Shopify app store at https://apps.shopify.com/glazfit2d.

I believe, an affordable and fast Virtual tryon plugin/SDK is the future of the online optical stores.